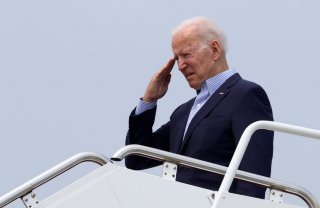 Here's What You Need to Remember: It is indeed true that the May 17 tax filing deadline for this year has already passed—but know that individuals can still apply for an extension and file by the October 15 deadline. If this is done successfully, people would also be able to utilize the Recovery Rebate Credit that has been added to all returns this tax season.

The Internal Revenue Service and the Treasury Department are already four months into the process of disbursing millions of coronavirus stimulus checks to eligible Americans that were approved in March via President Joe Biden’s American Rescue Plan.

The agencies this week made even more headway in this endeavor by issuing 2.2 million additional $1,400 stimulus checks with a value of more than $4 billion. This newest tranche boosts the total number of checks sent out to date to approximately one hundred seventy-one million worth roughly $400 billion.

Despite the latest estimates suggesting about 90 percent of all stimulus checks already have been mailed out or direct deposited, know that there are still millions of Americans who have been relegated to the sidelines. And in some instances, they still haven’t seen the checks from the first two rounds.

Do be aware that the IRS is trying its best to juggle several responsibilities concurrently—which include the disbursement of child tax credits, the so-called “plus-up” payments, unemployment benefit refunds, and the annual refunds from federal tax returns, for which there are thirty-five million returns to manually process.

Currently, the fastest way to fast-track a stimulus payment from this third round is to file a tax return if they haven’t already. Do take note that the IRS has stated that the majority of checks from the recent stimulus payment batches has been heading out to recent tax filers who did not have the necessary information, such as an address and bank account and routing numbers, on file at the tax agency. Without such information, the IRS is handcuffed on where to issue the funds.

“Although payments are automatic for most people, the IRS continues to urge people who don’t normally file a tax return and haven’t received Economic Impact Payments to file a 2020 tax return to get all the benefits they’re entitled to under the law, including tax credits such as the 2020 Recovery Rebate Credit, the Child Tax Credit, and the Earned Income Tax Credit,” the IRS noted.

It is indeed true that the May 17 tax filing deadline for this year has already passed—but know that individuals can still apply for an extension and file by the October 15 deadline. If this is done successfully, people would also be able to utilize the Recovery Rebate Credit that has been added to all returns this tax season. This handy option will make it possible to claim stimulus checks from the previous two rounds.

Another convenient portal that has been recently made available due to the rollout of the child tax credits is the Non-filer Sign-up Tool, which can also be used to claim stimulus checks from this current third round.