Is It a Battleship? Is It an Aircraft Carrier? Russia Combined Both Into One Ship 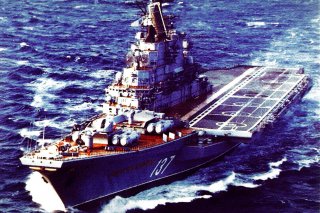 Key Point: The Kiev-class carriers packed enough firepower to be called a battleship.