Is it Ethical to be Taking My Unemployment Insurance? 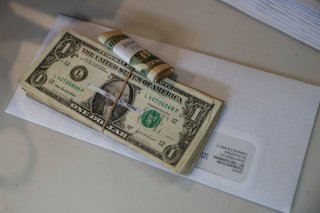 A lot of people are facing ethical decisions about their daily life as a result of the coronavirus. Ethicist Lee McIntyre has stepped in to help provide advice over the moral dilemmas we face. If you have a question you’d like a philosopher to answer, send it to us at [email protected].

Like many, I’ve spent a lot of time with a calculator as of late figuring out how far our savings will stretch. We have enough income and savings to get us through another 15-plus months and also have assets we could liquidate and family offering to help. But our business’s client base has dropped precipitously since mid-March and we qualify for unemployment. What are the ethics of using our own financial resources to get by versus tapping into things like unemployment insurance? Should those of us who have other options leave public resources for those who don’t? – Anonymous, Boston

Unemployment insurance is meant to compensate for lost income, not be a last resort only once you are destitute.

By design, unemployment insurance is not supposed to be a “zero-sum game” – where your taking benefits would somehow deprive others. But these aren’t normal times and, even if they were, this isn’t “free money” either. There are already reports of states running through their unemployment funds due to the millions of new claims that have resulted from coronavirus. This means some states will likely have to borrow from the federal government. But what happens when that money runs out too?

States cannot normally run a deficit, and any debts to the federal government will have to be repaid. The federal government, of course, can borrow as much as it likes, but this comes at a cost too. Ultimately, either at the state or federal level, all of us pay for public spending in the form of increased taxes, deficits or diverting money from other programs. Even if Congress backstops the states, the money has to come from somewhere – which likely means future generations. So your original question still stands, even if the people who “need it more than you” are your grandchildren, rather than your neighbors.

Here it is important to consider the difference between duty and charity. Some people feel they owe nothing to anyone else. As long as they aren’t stealing or cheating, they can take what they are entitled to. Others, like utilitarianism philosopher Peter Singer, balk at such a minimal concept of duty. But if you are an altruist it may not make much difference whether you feel that you “owe” something to someone else, or it just seems right to give more when you can afford it.

I am torn here because in a sense you are penalizing yourself for planning ahead. It seems deeply unfair to me that individuals like you are wrestling with these questions, while big corporations are taking taxpayer-funded bailouts, then turning around and firing their employees a few months later.

One might say that keeping these companies in business is good for everyone. But might one say the same thing about the aggregate of small businesses such as yours?

You don’t know what the future will bring. If in 15 months you have lost your savings, tapped out family resources and closed your business, might you look back and wish you had collected unemployment benefits?

I do not think it would be unethical for you to collect unemployment benefits; who could blame you? If you were to forego the money, however, your actions would be morally praiseworthy and fall into the category of a supererogatory act – one that goes “above and beyond” anyone’s duty. Some actions, though right, fall outside what we could reasonably expect someone to feel morally obligated to do: say, the soldier who jumps on a grenade or the homeless person who takes something out of their own pocket to help another.

These actions define us, especially in times of crisis. During the pandemic, it is the physician in a high-risk group who treats COVID-19 patients or the farmer who donates a precious N95 mask he finds in his barn to first responders. These actions are special, because they are what philosopher John Urmson calls the province of “saints and heroes.”

Only you can decide whether you want to hold yourself to such a high standard.