Is It Legal for the EU to Restrict Vaccine Exports? 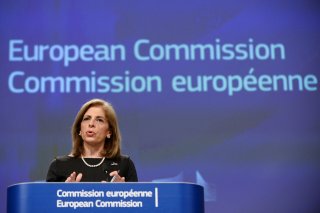 The European Commission has temporarily restricted exports of vaccines produced in the EU following a dispute with AstraZeneca about supplies to member states. It says that it has invested in the development process and is concerned about the way some manufacturers are handling orders. This comes after AstraZeneca told the EU it would not be able to supply as many vaccines as expected to EU countries in the immediate term.

The temporary restrictions ultimately mean that, for the next few months, in many cases, express authorisation will need to be requested from the member state in which a vaccine is manufactured before it can be exported. The decision has been controversial on many fronts but particularly in relation to the UK, which is miles ahead on its vaccine rollout and now potentially faces difficulty getting more doses.

The question must be asked: is this legal?

According to EU law, the European Commission does have the right to subject exports to authorisation in cases where it needs to “prevent a critical situation from arising on account of a shortage of essential products”.

On the basis of the “principle of solidarity”, various low and middle-income countries, as well as certain favoured partners in Europe, the Middle East and North Africa, are exempted from this regulation. This is because, in the words of the regulation, “the single market for medical products is closely integrated beyond the boundaries of the union” – meaning supply chains for medicines spread beyond the border of the EU to its neighbours and trading partners too.

This is undoubtedly true, and particularly so in the case of a neighbouring state which was, until very recently, a full member of the EU’s internal market. The United Kingdom’s exclusion from the favoured list, therefore, undermines this purported rationale.

EU Law, however, is only a small part of the picture. Because these export controls relate to the EU’s trade with the rest of the world, restrictions are subject to the rules of the World Trade Organization (WTO).

WTO rules prevent the EU from imposing restrictions on the volume of imports and exports, including export controls, on trade in goods between WTO member states such as the UK. There are exceptions, however. The WTO prohibition on export controls does not apply to “export prohibitions or restrictions temporarily applied to prevent or relieve critical shortages of foodstuffs or other products essential to the exporting contracting party”.

The threshold for this exception to apply, however, appears to be quite high. In a case relating to the export of raw materials from China, the WTO ruled that the commodities in question have to be “absolutely indispensable or necessary” and the shortage must be “critical”. While it might seem evident that vaccines are indispensable, the EU’s shortage is no more critical than the rest of the world’s.

Alternatively, another WTO rule permits states to stray from their obligations where it is “necessary to protect human, animal or plant life or health”. The question of necessity, however, is highly debatable.

In a 2001 case on importing products containing asbestos, the WTO made it clear that if a WTO member could find an alternative, less restrictive way to achieve its goal, it would be less likely for a trade restriction to be permissible.

That would suggest that it might not be legal for the EU to impose restrictions on vaccine exports because there are alternative actions it could take other than imposing export controls. Europe is a world leader in pharmaceutical production so you could certainly argue that the EU could temporarily change its patent laws to allow other manufacturers to more easily produce vaccine doses. This would almost certainly be far more effective in alleviating Europe’s vaccine shortage than the imposition of export controls.

On a more general level, you could argue that export controls don’t actually solve any problem, given this is a global crisis. If nations beyond the EU’s borders can’t get to grips with COVID-19, it won’t be able to “protect human, animal or plant life or health” within its borders.

The legal situation around the EU’s manoeuvring is evidently complex and it may take a long time to work out whether this temporary restriction is permissible. In the meantime, however, some things are clear.

The European Commission has deals for the supply of vaccine doses with a number of manufacturers. Of these, the only exclusively European product is the German-made CureVac vaccine which, at time of writing, has not yet been authorised for use in the EU. The EU’s supply contracts for authorised vaccines are with Pfizer-BioNTech (American-German) and AstraZeneca (UK-Swedish); and for vaccines pending authorisation with American companies Johnson & Johnson and Moderna. The global nature of vaccine development and supply means that any retaliatory measures could easily offset any advantage gained by restricting exports.

What’s more, Article 21 of the Treaty on European Union states that one of the EU’s key objectives in its relationships with the rest of the world is to “encourage the integration of all countries into the world economy, including through the progressive abolition of restrictions on international trade”. For the European Union to be the first major economy to indulge in “vaccine nationalism”, therefore, sets a dangerous example for the rest of the world. It’s debatable whether it’s legal – but it’s certainly not a good idea.