Is It OK to Drink Coffee While Pregnant? 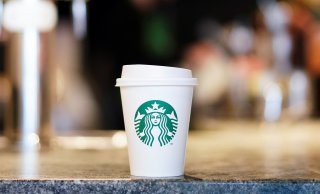 There are so many dos and don'ts associated with pregnancy it can be hard to keep up with them. Coffee is an everyday staple for many people, so it is not surprising women seek reassurance this stimulant is safe during pregnancy.

With guidelines differing between and within countries it can be tricky to assess the risks of having a coffee or two.

We asked five experts whether it’s OK to drink coffee while pregnant.

But they all had a pretty big caveat. It’s safe provided it’s consumed in moderation.

It’s also important to remember things like tea, chocolate and energy drinks also contain caffeine, so you’ll need to take that into account when estimating your daily intake.

Here are the experts’ detailed responses:

Clare Collins, Professor in Nutrition and Dietetics, University of Newcastle:

I think "no" is the safest answer to this question, as I can only say yes conditionally.

A major 2017 review found high coffee intake, compared to low or no intake, was associated with an increased chance of low birth weight, pre-term birth and pregnancy loss.

But a separate review focusing on caffeine intake, which included caffeine from all foods and drinks, found daily caffeine intakes by healthy pregnant women of up to 300 milligrams (mg) per day were not associated with adverse pregnancy, birth or infant development outcomes.

So while the key message is to keep total caffeine to less than 300mg per day, the challenge is that it is almost impossible to monitor your intake accurately.

For example, one barista-style coffee can contain up to 250mg of caffeine, depending on the size and how it is made. Instant coffee varies from 50-100mg per cup, while brewed or drip coffee has 100-150mg per cup. It's also important to take the caffeine content of tea (10-90mg caffeine per cup), cola (40-50mg caffeine per can), chocolate (30-40mg caffeine per 50 grams) and energy drinks (80-130mg caffeine per serve) into account when estimating your daily intake.

Treasure McGuire, Senior Lecturer in Pharmacy, The University of Queensland:

The World Health Organisation and the American College of Obstetricians and Gynecologists both advise pregnant women to limit caffeine consumption to 200-300mg a day.

A woman's ability to metabolise caffeine slows during pregnancy. What's more, caffeine readily passes from the placenta to the growing baby, who hasn't developed enough to inactivate it. So the drug can accumulate in the baby's body and brain. However, we can't confidently claim caffeine consumption adversely affects a baby's development, as most pharmacological studies in pregnancy are "observational". This means researchers simply follow women who fall pregnant to assess positive and negative outcomes for the mother and baby. Observational studies can identify an association but cannot, with certainty, prove that the factors being examined have a cause-and-effect relationship.

While less than 200mg of caffeine consumption per day does not appear to be a major contributing factor in preterm birth, a 2014 study found an association between daily caffeine consumption above 200mg and low birth weight. There is conflicting evidence over whether caffeine is linked to a higher risk of losing a pregnancy, although one study suggests the risk rises by 19% for every 150mg increase in daily caffeine intake.

Yes, but cut back on the double espressos and don't binge on chocolate.

Caffeine is one of the most popular and safest stimulants we consume. It's found in many foods and drinks, with coffee and chocolate perhaps the most popular. Modest coffee consumption is associated with health benefits such as reduced risk of heart disease and type 2 diabetes.

A recent massive review of caffeine intake in pregnancy confirms previous advice that intakes of less than 300mg caffeine per day in pregnant women is safe. The European Food Safety Authority (EFSA) has a more stringent recommendation of no more than 200mg per day. Adhering to the EFSA guide, you can “enjoy” three cups of instant coffee a day. Bear in mind brewed coffee is higher in caffeine, containing 95-165mg of caffeine per medium cup, so you may want to consume this less liberally.

Yes, it's OK to drink coffee while pregnant, but you may need to cut down.

One concern is caffeine can cross the placenta into the growing baby's bloodstream who can't breakdown the caffeine, so it remains in their circulation. Also, as the pregnancy proceeds, the mother becomes slower at clearing caffeine from her metabolism. This potentially means the baby is exposed to caffeine for longer.

Studies have shown a high intake of caffeine is associated with growth restriction of the baby, reduced birth weight, preterm birth and stillbirth. Based on these studies, the WHO has recommended that women do not exceed 300mg of caffeine per day. The American College of Obstetrics and Gynecology recommends no more than 200mg. In Australia, in 2014 the NHMRC recommended women limit their intake to 300mg, but this is currently under review. Given the limits set by other health organisations it is possible that this may be lowered.

This means pregnant women need to limit their daily intake to one cup of strong espresso-style coffee or two cups of instant coffee. Breastfeeding mothers may also want to consider limiting their caffeine intake, as small amounts of caffeine pass through the breastmilk into the baby, and evidence shows that caffeine may make babies more colicky, irritable and less likely to sleep.

Yes, although coffee should be consumed in moderation during pregnancy and breastfeeding.

Before travel was restricted as a result of COVID-19, I visited Scandinavia. In Scandinavia drinking coffee is a national sport and my sleep suffered due to partaking. I wondered if the advice given to pregnant women was different around the world, but midwives in Sweden assured me it was not. The guidelines say pretty much the same thing as Australian guidelines : caffeine is a stimulant, it is present in other foods and drinks besides coffee, and there is conflicting evidence on exactly what level is safe.

A maximum of 150-300mg per day is recommended, with most guidelines settling on 200mg (around one to two cups of coffee) just to be safe.

Nature is pretty smart though, often leading women to have an aversion to coffee in the early weeks of pregnancy when their miscarriage risk is higher. But if you're still craving your daily cup, decaffeinated coffee and tea may help you get your fix by giving you the taste without the side effects.

Tessa Ogle is Assistant Editor for Health + Medicine & Editorial Assistant at The Conversation.