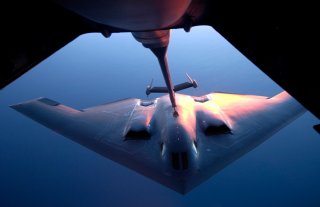 Here's What You Need To Remember: Despite this widespread belief that the B-21 is a revolutionary stealth platform, perhaps the greatest margin of difference with the new bomber is in its onboard computing, mission systems, avionics and internal technical configuration. Not only will the platform draw upon advanced artificial intelligence and information processing, but its data management systems are said by senior Air Force weapons developers to incorporate never-before-seen technologies.