It's Too Late To Stop China's Military Catch-Up With America 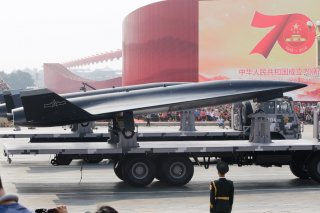 Here's What You Need To Remember: The United States has become increasingly aggressive about slowing down or halting China’s industrial espionage efforts. This has included indictments of PLA officers, broad condemnations of Chinese spying, and targeted reprisals against some Chinese firms. But given the extensive commercial contacts between China and the United States, stopping the flow of technology is virtually impossible.