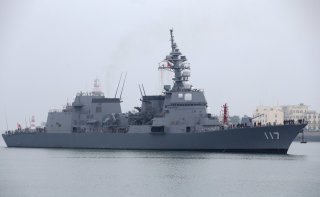 Here's What You Need To Remember: It is true that Japan forced the United States to commit huge ground, air, and naval resources to bloody assaults on islands like Tarawa and Iwo Jima. But Japan's original strategy in 1941 had been to create a defensive system of island outposts and airbases, which would tie down U.S. forces while the Japanese fleet and long-range bombers rushed to the scene to destroy the invaders. That strategy failed.

It is true that Japan forced the United States to commit huge ground, air, and naval resources to bloody assaults on islands like Tarawa and Iwo Jima. But Japan's original strategy in 1941 had been to create a defensive system of island outposts and airbases, which would tie down U.S. forces while the Japanese fleet and long-range bombers rushed to the scene to destroy the invaders. That strategy failed. Once the Americans had worn down the Japanese fleet and airpower, and the islands were cut off, there was no escape. The garrison was doomed, and the outcome was merely a question of how long the battle and how swollen the body count.