Japan’s Type 74 Tank was a Bust 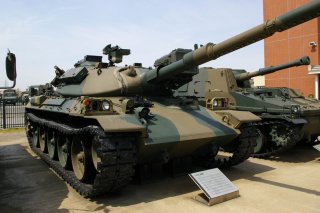 Here's What You Need to Remember: Given that it took fourteen years to develop, it is not surprising that the Type 74 was essentially obsolete by the time it entered service. Some 893 of the tanks were produced, and while it was due to be replaced by the more modern Type 90, with the end of the Cold War the 700 Type 74s remained in service until at least 2006.

During the Cold War the Japanese military developed new tanks, which were a serious step in the right direction from the underwhelming Type 97 “Chi-Ha” medium tanks, but still fell short of anything the Japanese Ground Self Defense Force (JGSDF) might have faced in an invasion from the Soviet Union.