Japan Crushed China in 1895. Asia Is Still Not The Same. 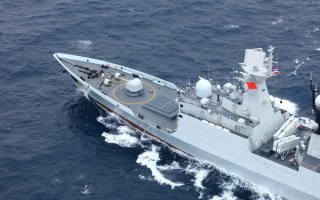 So to rifle through the pages of Jane’s Fighting Ships, project the victor in a naval clash, and pronounce other possibilities irrational is to rule out human ingenuity, human fallibility and the vagaries of war. Worse, it rules out politics.

Japan only needed a small-scale triumph over imperial China to fulfill its aims in 1894-1895. It saw no need to overthrow the Qing regime, occupy China or even vanquish the entire Qing navy. Today, likewise, China need not utterly defeat American arms to achieve modest goals. Capability sufficient to Beijing’s purposes may soon fall within the PLA’s grasp. Heck, it may already be within reach.

Take your prophecies, with a pinch of salt.