Japan Is Making Some Deadly Upgrades to Its Submarine Fleet 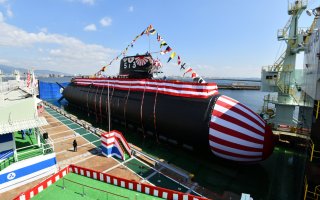 Here's What You Need to Know: Tokyo is interested in a stealth submarine to deter China.

To enable this expansion, Japan’s 2019 defense budget included funding to upgrade and increase the service life of seven older Oyashio-class diesel-electric submarines which entered service in the 1990s.