Japan Is Stepping Up Its Readiness to Counter China's Actions 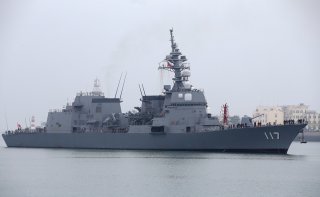 Here's What You Need to Know: Defense Secretary Lloyd Austin met with his Japanese counterpart, Japanese Defense Minister Nobuo Kishi as part of a joint effort to expand military coordination earlier in 2021.

For the first time in thirty years, the Japanese Ground Self-Defense Force has begun massive, nationwide military exercises involving “all units” in a clear effort to strengthen deterrence against China.

Chinese government-backed newspaper the Global Times described the exercise as a counter to China to respond to “China’s ramped-up regional assertiveness.” The Chinese publication was arguably rather pointed and aggressive in its response, quoting PLA military experts as “warning” Japan.

“But Chinese military experts warned that Japan does not have the ability to deter China in a military conflict over China’s territories like the Diaoyu Islands and the island of Taiwan, and a military conflict with China will bring destructive consequences to the country,” according to the Global Times.

The government-backed newspaper is equally assertive on the question of Taiwan, using familiar rhetoric about reunification, flatly saying China is ready for war over Taiwan.

“China is prepared for the worst-case scenario—the US and its allies, including Japan, launch an all-out military intervention to interrupt China’s national reunification,” according to  the Global Times.

Japan has been making a visible and decided effort to massively increase its military strength to deter China in the region and embrace a stronger defensive military posture. There is much evidence of this, including Japan’s recent purchase of F-35 jets for $35 billion.

Other U.S.-Japanese partnerships include a number of high-impact weapons systems such as the SM-3 interceptor missile, RQ-4 Global Hawk unmanned aircraft and Aegis radar systems. As part of this clear military buildup, Japanese leaders also continue to debate the possibility of rewording the Japanese constitution to expand possibilities for military operations and maneuvers in support of defensive aims.

Japanese discussions in recent years have, along these lines, centered around the possibility of slightly changing or altering Japan’s pacifist constitution emerging from the end of World War II. Japan’s post–World War II 1947 Constitution, which currently denies the country’s right to employ military force—a move followed by the 1954 introduction of the Japanese Self-Defense Forces.

There are few public statements on these questions regarding the Japanese constitution from senior U.S. military leaders, however, earlier this year Defense Secretary Lloyd Austin met with his Japanese counterpart, Japanese Defense Minister Nobuo Kishi as part of a joint effort to expand military coordination. During this meeting, the U.S. pledged additional U.S. Coast Guard defensive maritime support in areas of great significance to Japan, according to a Defense Department report.