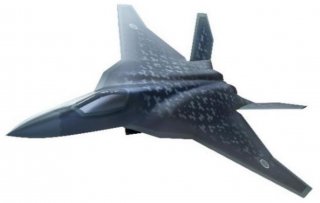 Here's What You Need to Remember: Implicitly, Japan may doubt the ability of a British fighter to be truly multirole, given the slow pace at which British weapons have been integrated onto the Royal Air Force’s Eurofighter Typhoons. Regardless, a partnership with American companies is a significant step forward for Japan’s F-3 fighter program, which will be a crucial piece of maintaining Japan’s security in the near future.