Japan's Diesel AIP Stealth Submarines Are Deadlier Than You Think 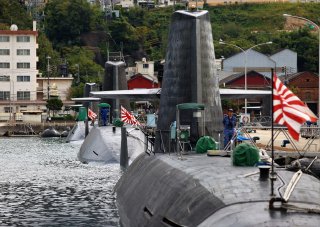 Key Point: The combination of long-endurance stealth, sensors, and modern torpedoes and missiles makes the Soryu class an effective hunter-killer.

Kyle Mizokami is a defense and national security writer based in San Francisco who has appeared in the Diplomat, Foreign Policy, War is Boring and the Daily Beast. In 2009 he cofounded the defense and security blog Japan Security Watch. You can follow him on Twitter: @KyleMizokami. This article first appeared several years ago and is being republished due to reader interest.