JFK Had a Secret Nuclear Fallout Bunker in Florida 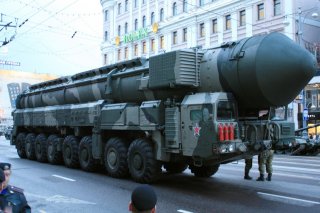 Here's What You Need to Know: It turns out the shelter probably got more use as a top-secret party spot than presidential hideout.

In December 1960, the SeaBees — the U.S. Navy’s construction force — supposedly began the mundane task of building a munitions depot behind the Coast Guard station on Peanut Island, Florida.

Though the New York Times called it a “Cold War Camelot,” Kennedy’s Peanut Island bunker falls more on the modest side of the era’s bountiful atomic warfare shelters.

The main room housed 15 bunk beds, a desk and conference table — and a communication center consisting primarily of a ham radio and an escape hatch to a helipad.

The Cuban Missile Crisis would unfold in October of 1962 and arguably bring the world closer than it has ever come to the Armageddon. Despite the U.S. possessing a vastly superior nuclear weapons program, both in terms of warheads and deployment systems, American citizens became increasingly paranoid about a supposed “missile gap.”

So check it out — if you’re ever near Peanut Island and looking for an atomic-age getaway.