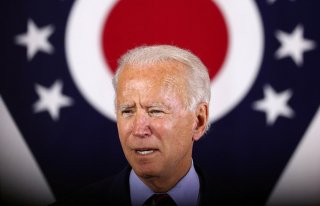 The infrastructure plan recently released by the Biden campaign is a collection of tired ideas that have consistently failed in the past. Too much of the plan is based on last year’s groupthink and not enough of the plan recognizes the new realities that have emerged from the pandemic.

A large part of the plan is based on getting people out of their cars and onto transit and bicycles. American cities have been trying to do this for the last fifty years, spending $1.5 trillion subsidizing transit, and it hasn’t worked anywhere. The plan calls for connecting low‐​income workers to jobs by building more transit, yet people can reach far more jobs by automobile than by transit while auto ownership, not transit subsidies, are the key to getting people out of poverty.

The plan is based on assumptions about transportation dollar and environmental costs that are fundamentally wrong. Transit, the plan says, saves money while cars impose a burden on low‐​income people and produce too many greenhouse gas emissions. In fact, when subsidies are included, American transit systems spend five times as much moving a passenger one mile than the average automobile. Ignoring subsidies, average transit fares are still more than the average cost of driving per passenger mile. Transit also uses more energy and emits more greenhouse gases per passenger mile.

The only token acknowledgement of the changes brought about by the pandemic is the use of the word “resilient” in the plan. But the planners seem to think that transit is resilient as it proposes “expanded public transit systems, giving more Americans an affordable, efficient way to get around without their cars.” In fact, as Hurricane Katrina, the Camp Fire, and other natural disasters have shown, highways and private motor vehicles are far more resilient than mass transit.

Just look at the current pandemic: transit agencies are in financial crises, but the highways are there when we need them, 24/7. As of August, transit ridership was still down by 65 percent, while driving was down only 12 percent. None of this is taken into account by the anti‐​auto parts of the plan.

Of course, planners want to shift to renewable energy, which will cost trillions of dollars. Adding the transportation system to the electrical grid will massively increase the burden and cost of doing so. California is already suffering rolling blackouts due to its emphasis on renewable but unreliable energy; just think how bad it would be if the demand for electricity were doubled.

The plan mentions self‐​driving cars, but suggests that the government needs to spend billions on “smart cities” to make those cars work. Yet the government can’t even coordinate traffic signals in most cities; how is it going to operate and maintain so‐​called smart infrastructure? Biden apparently never got the memo that virtually all of the companies developing autonomous vehicles are designing those vehicles to rely on existing infrastructure and not to need any smart improvements in that infrastructure.

Finally, it is worth noting that the very first item in the plan is to “create good, union jobs.” Unions are among the biggest backers of the Biden campaign and this emphasis shows that Biden is just catering to his constituency. While that’s not a surprise, many of the problems with crumbling infrastructure emphasized in the plan can be traced to the high cost of union labor and union rules that makes it difficult to keep infrastructure in a state of good repair.

In the end, the Biden plan shows that government can be counted on to pick losers, not winners, and to prefer obsolete technologies and solutions that fail to recognize the changes society has made in recent months and years. Implementing this plan will waste trillions of dollars on infrastructure we don’t need and that we won’t be able to afford to maintain. This will cripple our cities and reduce the productivity of our economy.