Joe Biden Has a Nuclear Choice to Make on North Korea 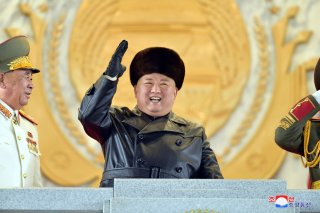 Kim Jong Un outlined an ambitious nuclear wishlist at the Eighth Party Congress. North Korea’s supreme leader was clear that the country’s nuclear arsenal would be improved to deter the United States, which he regards as North Korea’s “biggest, main enemy.”

Kim’s announcement underscores that time is not on Washington’s side. The longer the United States waits to abandon denuclearization the more advanced the North Korean nuclear arsenal becomes and the harder it will be to restrain via arms control.

The new nuclear capabilities that Kim seeks are to be expected for a young nuclear weapons state. Since the Seventh Party Congress in 2016, North Korea’s nuclear program has reached several important milestones in nuclear weapon miniaturization and missile technology. North Korea gained the ability to strike the continental United States with a nuclear weapon when it flight tested intercontinental‐​range ballistic missiles (ICBMs) in the second half of 2017.

Efforts at nuclear diplomacy by both the United States and South Korea helped defuse tensions (and weapons testing) for a time, but Kim’s address to the party congress shows that he will not keep his nuclear arsenal stuck in its late 2017 state for long.

Kim wants to move away from dependence on liquid‐​fuel ICBMs by adding a solid‐​fuel ICBM. Missiles that use solid fuel are easier to move around and can be launched on shorter notice than those that use liquid fuel and would represent a major technological advancement for North Korea’s missile program. Other evolutionary changes to North Korea’s nuclear arsenal outlined at the Eighth Party Congress include new nuclear warheads and liquid‐​fuel ICBMs with longer range.

The more significant, revolutionary improvements to North Korea’s nuclear arsenal are similarly natural next steps for a new nuclear power. North Korea has already shown it can go big in terms of missile range and the explosive yield of its warheads, but now Kim wants to go small and develop tactical nuclear weapons.

While tactical nuclear weapons are still far more devastating than any conventional weapon, their area of destruction is a fraction of the higher yield, strategic nukes that North Korea would use to target U.S. cities. The most likely target of future North Korean tactical nuclear weapons are U.S. bases or troop formations in East Asia, or key locations in South Korea and/​or Japan.

Developing these new weapons and others mentioned by Kim but not mentioned in this article will take time and testing, and there is no guarantee that North Korea will be successful. However, North Korea has a long track record of making steady progress on its nuclear and missile forces despite increasingly onerous sanctions and a high level of poverty. Kim has made it clear that improving his nuclear arsenal is a top strategic priority, which means that U.S. leaders should not expect these efforts to fail even if Washington tries to ratchet up the pressure on Pyongyang.

There might be a diplomatic option for preventing these new weapons from being developed and fielded, but it will require the United States to make some costly policy changes. Kim has reiterated that the United States needs to drop its “hostile policy” if it wants to make progress on reversing tensions, but this term covers a wide range of U.S. policies including sanctions, joint military exercises with South Korea, and the technically ongoing Korean War.

Trying to reverse any of these policies, much less all of them, will be a difficult task for the Biden administration especially due to the emphasis Biden has placed on restoring U.S. ties to allies who would like those policies to remain in place. However, the longer Biden maintains existing U.S. policies, the more time Kim has to make his nuclear arsenal larger, more diverse, and harder to rein in.

This is not a good position for the United States to be in, but Washington deserves a share of the blame by stubbornly insisting on full denuclearization or bust. North Korea has the bomb, and it is not going away. The incoming administration needs to come to terms with that fact and start thinking about ways to apply some measure of arms control on North Korea’s growing nuclear arsenal before Kim starts crossing the few technical thresholds that he has not crossed yet.