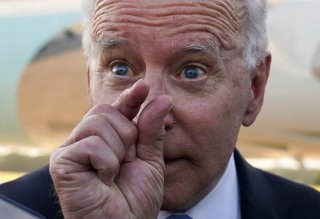 The Department of Education on Wednesday announced that it will cancel about $500 million in federal student loans for thousands of borrowers who attended ITT Technical Institute.

The forgiveness program will cancel 100 percent of loans held by 18,000 borrowers who went to ITT, a for-profit institution that faced widespread allegations of fraud.

ITT closed in 2016 when the allegations first surfaced.

“We are glad that the Department is finally providing this long overdue relief to some former ITT students,” Abby Shafroth, staff attorney at the National Consumer Law Center, told Forbes. “These borrowers and their families are struggling, some for more than a decade, under the weight of student loans they would never have taken on if they were told the truth about the school’s lies regarding job placement, or if the Education Department had cut ITT off the federal aid gravy train when it should have long ago. This is only a first step: hundreds of thousands of other former ITT students were subject to the same lies, and the government must stop collecting on these fraudulent loans and cancel their debts immediately. The Education Department also must address the other 100,000 plus borrower defense applications from borrowers at other schools, which remain outstanding.”

In September 2020, 48 attorneys general and the Consumer Financial Protection Bureau ordered that PEAKS Trust, a private loan program run by ITT and affiliated with Deutsche Bank entities, would have to forgo the collection of the outstanding education debt from students. That ruling secured more than $330 million in private student loan forgiveness for 35,000 former ITT students.

Two years prior, Kevin Modany, the institute’s former chief executive, and Daniel Fitzpatrick, former chief financial officer, agreed to pay penalties of $200,000 and $100,000, respectively, as they settled fraud cases with the Securities and Exchange Commission that pressed them for deceiving investors

The Department of Education also noted that it will begin alerting impacted borrowers and work “expeditiously” to cancel their student loan debt.

The department’s student loan cancellation measure comes as Democrats in the House and Senate have pushed the Biden administration to implement a massive forgiveness program since Americans currently owe more than $1.7 trillion in student loans.

Some far-Left Democrats have insisted that President Joe Biden forgives up to $50,000 per federal student loan borrower through executive order, though the president has only signaled support for cancelling up to $10,000 per borrower.

Biden asked Cardona earlier this year to draft a memo outlining his executive authority to forgive student loans as he continues to experience intense pressure from the left to approve a cancellation measure.