Joe Biden Should Worry: Inflation Might Be America's Next Economic Challenge 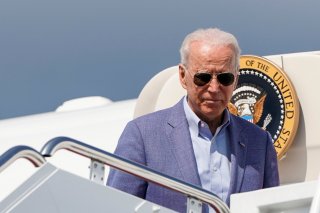 Key Point: “Those things I don't think are as easy to fix as some people think.”

A Federal Reserve official said Thursday that he expects prices for most goods and services to remain elevated through 2022 as consumers who are faced with an influx of pandemic cash race to spend it.

“Those things I don't think are as easy to fix as some people think,” James Bullard told Fox Business's Maria Bartiromo. “We're going to see continuing price pressure well into 2022.”

Bullard’s comments come after the Commerce Department released data last week, which found that the PCE price index in May, the Fed’s closely watched gauge of inflation, is up 3.9 percent from 12 months ago—the largest year-long spike since 2008. Core inflation, which cuts out volatile food and energy prices, reached 3.4 percent from a year ago, a record that hasn’t been hit in nearly 30 years.

Following the central bank’s two-day monetary policymaking meeting last month, Fed officials estimated that their near-zero benchmark interest rate could rise to 0.6 percent by the end of 2023, according to their median protection, a large departure from their predictions in March when officials expected rates to remain steady during that year.

“This is not what the market expected,” James McCann, the deputy chief economist at Aberdeen Standard Investments, told CNBC last month. “The Fed is now signaling that rates will need to rise sooner and faster, with their forecast suggesting two hikes in 2023. This change in stance jars a little with the Fed’s recent claims that the recent spike in inflation is temporary.”

Federal Reserve Chairman Jerome Powell, however, has repeatedly said that the factors heating up inflation will be temporary.