Joe Biden's Nightmare: The U.S. Navy Could Lose the Next War 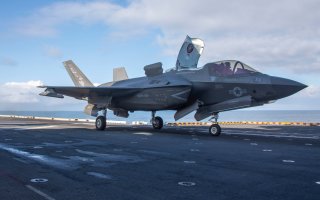 Here's What You Need to Know: Maintenance isn’t the sexiest of topics, but its absence is keenly felt.

“Maintenance on surface ships based overseas took longer than planned for 50 of the 71 maintenance periods—or about 70 percent—started during fiscal years 2014 through 2018,” warned a February 2020 Government Accountability Office (GAO) report. “More than half of these maintenance delays lasted a month or longer, which reduced the ships' availability for training and operations.”