Just How Dangerous is China's Military? A New Report Offers Some Clues. 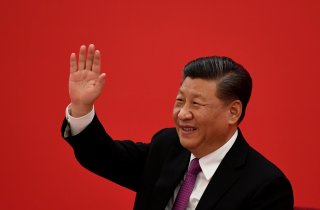 The Pentagon has just released the 2020 China Military Power Report, one of the leading sources of reliable information on China’s military. This year’s version marks the 20th anniversary of the report and provides a unique perspective on how China’s military has changed over the first two decades of the 21st century. Here are some key changes in the report:

Overseas Operations: This year’s report states that China’s military is not intended “to be merely a showpiece of China’s modernity or to keep it focused solely on regional threats.” It goes on to note: “The PRC [People’s Republic of China] has likely considered locations for PLA [People’s Liberation Army] military logistics facilities in Myanmar, Thailand, Singapore, Indonesia, Pakistan, Sri Lanka, United Arab Emirates, Kenya, Seychelles, Tanzania, Angola, and Tajikistan.” The report also mentions the existing base in Djibouti, China’s interest in Cambodia’s Ream Naval Base, and likely outreach to Namibia, Vanuatu, and the Solomon Islands. This is the first time that a US government report has specifically identified places China might be considering as potential bases or logistics hubs.

Missile Developments: In 2000, the first China Military Power Report assessed that “the PLA lacked the capabilities, organization, and readiness for modern warfare.” Now the report notes, “China has marshaled the resources, technology, and political will over the past two decades to strengthen and modernize the PLA in nearly every respect. Indeed, as this report shows, China is already ahead of the United States in certain areas.” One of these is conventionally-armed ballistic missiles. This year’s report shows a big increase in China’s intermediate range ballistic missiles — with launchers going from 80 last year to 200 this year — a key capability that China just tested in the South China Sea.

Nuclear Weapons: Multiple senior defense officials have recently said that China intends to double its nuclear force in the next decade. This report, however, notes that China’s current nuclear warhead stockpile is in the low 200s. This is lower than many outside experts would have expected, as estimates often range from the low 300s to considerably higher. The report also suggests that China is building silo-based nuclear forces for launch on warning, which will surprise many analysts and raise questions about continued US efforts to draw Beijing into negotiations with Washington and Moscow about nuclear capabilities.

Naval Developments: Last year’s report said the People’s Liberation Army Navy was “the largest navy in the region.” This year it says that this force is “the largest navy in the world.” The document explicitly notes that China’s Navy has 350 ships, compared to only 293 for the US Navy. The fact that the US Department of Defense is drawing attention to multiple strategic asymmetries, including one fundamental to America’s global power projection capabilities, will be noticed by not only those in Washington, but in Beijing and other Asian capitals as well.

Cross-Strait Imbalances: Assistant Secretary of State David Stilwell recently decreased some of the ambiguity surrounding US policy on Taiwan by releasing previously classified documents on the Six Assurances provided to Taiwan in 1982. This report shows a big change in the cross-Strait balance of ground forces. Last year there was a 3:1 advantage in China’s active ground forces in the theater, now that ratio is up to nearly 5:1 in the theater and 12:1 overall (due largely to defense reforms in Taiwan). This growing imbalance will increase concern in Washington, Taipei, and elsewhere about China’s time horizon for an invasion of Taiwan.

Maritime Tensions: The report states that “the PRC often favors ‘dialogue’ as a power play and a means of using political, economic, or military coercion rather than force.” Reinforcing this claim, a recent South China Morning Post article stated that Beijing had instructed the Chinese military not to fire the first shot against the US military. The report suggests that China prefers coercive tactics “calculated to remain below the threshold of provoking conflict” — including, for example, China’s ballistic missile launch into the South China Sea last week. As tensions grow, the United States has placed economic restrictions on 24 Chinese companies and state-owned enterprises for dredging in the Spratly Islands. Additional steps, particularly related to hydrocarbon exploration and drilling, are an increasingly dangerous potential flashpoint.

Defense Spending: According to the report, China’s official defense spending as a percentage of gross domestic product stands at only 1.3 percent, but inflation-adjusted official defense spending rose by 6.2 percent last year. Thus, China officially spent $174 billion on defense in 2019, yet the report notes that the real figure including other military-related spending could be more than $200 billion. This would nearly double China’s defense spending from 2010, averaging 8 percent yearly growth in inflation-adjusted terms the last decade. With American officials likely to debate large US defense cuts in the next year, the trends in Chinese and American defense spending are likely to attract substantial interest.

This story was first published by the American Enterprise Institute in September.