Kamala Harris: What it Means to Be Multiracial in American 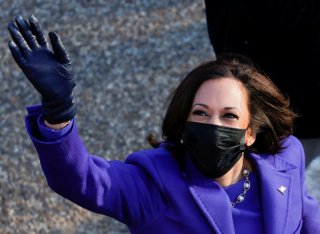 News that Sen. Kamala Harris was Joe Biden’s choice for the 2020 Democratic vice presidential nominee drove speculation and argumentation about her identity. The big question appeared to be, “Is Kamala Harris truly African American?”

There were numerous articles and opinion pieces about whether Harris can legitimately claim to be African American; the authenticity of her Black identity if she has an Indian mother; what it means for her to be biracial; and other articles opining and speculating about her racial, ethnic and even national identity.

Harris, the daughter of immigrant parents from Jamaica and India, identifies as Black/African American while also embracing her Indian heritage. Yet the questions in social media and news outlets swirling around her identities demonstrate a continued misunderstanding of race and mixed-race people.

Where do loyalties lie?

While the debates about Harris’ racial identities may seem new given the recent media attention focused on her, they are similar to the commentary other high-profile mixed-race people have received.

When I did research for my chapter on Tiger Woods in my book “Racial Ambiguity in Asian American Culture,” I found much criticism of Woods’ calling himself “Cablinasian” (a word Woods made up as a teen to account for his Caucasian, Black, American Indian and Asian heritages) and for not solely identifying as Black. Several articles expressed confusion about his multiraciality – the uncertainty over the most accurate racial category to fit him into.

The discussions of Woods mirror the critiques of Harris.

The competing interpretations of Harris’ identity, like with Woods, seem to be a function of her multiple, intersecting identities (including race, class and gender) as well as the public’s deep discomfort with people who don’t fit into fixed boxes.

For example, some people want to disavow Harris’ Blackness because of her multiple ethnic and racial affiliations. Others claim her as Jamaican or Indian, which serves as evidence of her success as a member of an ethnic group or which celebrates a shared cultural connection with her.

Some see her Jamaican and Indian ethnicities as diminishing her claim to a Black American experience, unlike those who are known as “ADOS,” or American Descendants of Slavery. Because Harris’ ancestors do not include those who were enslaved in the U.S., ADOS’s concern is that neither she nor her family can know the deep historical pain of U.S. anti-Black racism.

Embedded in this concern are echoes of the questions Black Americans face who have passed, who chose whiteness to escape slavery or the Jim Crow South or those who choose multiraciality to flee the social stigma of Blackness. Questioning Harris’ bona fides to being a Black American is questioning where her loyalties lie.

There are political reasons why some may want to discredit Harris’ claims to Blackness, believing that saying she’s not truly Black means she shouldn’t be relatable to Black voters.

But the desire to see Harris as only Black or worry that she is not truly African American derives from the racist U.S. past of the one-drop rule of racial impurity, which sociologist F. James Wood has described as the idea that “a single drop of ‘black blood’ makes a person a black.” That was an ideology from the majority of U.S. history – from its founding through to the Jim Crow era – when race was firmly believed to be a matter of blood.

Scientists for well over half a century have disproven any link between race and genetics. Scholars have been writing and researching, for decades, about how race is a social construction rather than a biological absolute.

But in public discussion in the U.S., race is treated as an entity that can be measured and labeled. That is why people are questioning the validity of Harris’ African American identity. They believe that her racial affiliation can somehow be quantified and weighed on a scale of authenticity.

Underlying these questions of authenticity are questions of legitimacy. Multiracial people are constantly confronted by those who question their whole selves and their choice to authentically identify with multiple races. For these critics, to qualify for membership in a race or ethnicity means one must be 100% of that group. Anything less means you cannot be a real member of any given culture, ethnicity or race.

Yet the reality and experiences of multiracial people’s lives, like that of Harris, suggest that basic math cannot capture the realities of what it means to embody multiple races and ethnicities. As one subject of multiracial artist Kip Fulbeck’s photo installation of mixed-race Asian Americans in The Hapa Project states, “I am 100% Black and 100% Japanese.”

Racial identity is not only about external features (eye shape, hair texture, skin color) and ancestral lines. It is about the cultural and social habits and rituals that people participate in as they claim their affiliations with ethnic and racial groups.

The Indian food that Harris consumes speaks volumes about the ethnic influences she embraces, as does the Black sorority she pledged and the historically Black college she attended.

Anyone confused about Kamala Harris’ multiraciality may recall that the U.S. is a nation that was not built by a single ethnic or racial group.

Indeed, U.S. land was taken from various Indigenous nations and built by the enslaved labor of people from multiple African nations and tribes for the benefit of others who hailed from a variety of European nations. And other immigrants from Latin America and the Pacific Rim settled in North America and made the U.S. their home.

Harris, as the U.S.‘s first multiracial, multiethnic female vice presidential candidate, reflects the evolution of racial categories, which coincides with an ever-evolving understanding of race and racism in the 21st century.