To Keep the Soviets Out, America Planned to Destroy the Middle East 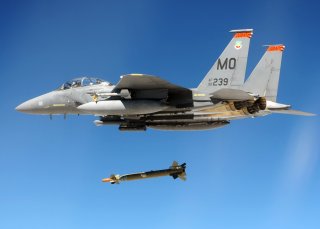 Here's What You Need to Remember: No one should be surprised by this scorched-earth plan. Had the Soviets invaded Western Europe during the Cold War, the U.S. would quite possibly—if not probably—have unleashed nuclear weapons to stop them. If Washington could turn Germany and France into radioactive rubble, then it could the Arabian sands into glass.