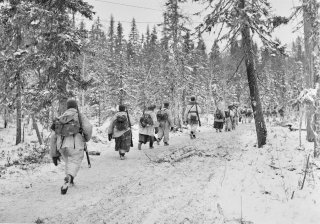 Here's What You Need To Remember: The far northern port of Murmansk served as a crucial link between the Soviet Union and the United States' Lend-Lease program. Despite the port's importance, its defense was relegated to a handful of riflemen and Soviet Navy patrol boats. How they kept it in Soviet hands is one of the most heroic stories of the war.

Without a single capital ship or amphibious landing craft to its name, the latter force took advantage of its mobility in littoral waters to hamstring a foe struggling with long land-based supply lines across rough terrain.