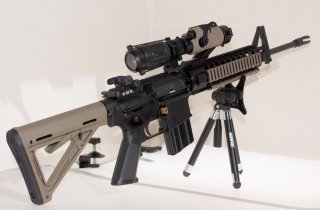 Here's What You Need to Remember: The SU-16 is an interesting design, but it fails to do anything better than most of its competitors. When priced at around $600, it compares poorly to entry-level ARs at the same price point. If one lives in a “ban state,” the SCR costs more, but bring a lot more customizability and practicality to the table versus the SU-16.

Charlie Gao studied political and computer science at Grinnell College and is a frequent commentator on defense and national-security issues. This article is being republished due to reader interest.