Kel-Tec's CP33 Is Not Your Average .22 Target Pistol (Think 50 Round Magazines) 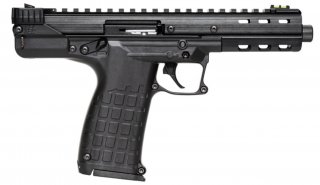 Here's What You Need To Remember: As with most guns in its caliber class, the 30 to 50 round magazine can be emptied with little to no recoil. The overall result is a seamless, accurate shooting experience designed to provide consistent results in a competition setting.