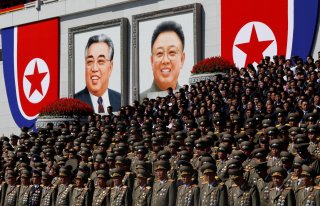 Here's What You Need To Remember: North Korea has repeatedly rebuffed overtures from South Korea’s president Moon for deeper improvements of relations, while discussions between Washington and Pyongyang appear to be on a negative trajectory. But hopefully, we have seen the last of sports-event terrorism on the Korean Peninsula.

Sébastien Roblin holds a master’s degree in Conflict Resolution from Georgetown University and served as a university instructor for the Peace Corps in China. He has also worked in education, editing, and refugee resettlement in France and the United States. He currently writes on security and military history for War Is Boring. (This first appeared in 2018.)