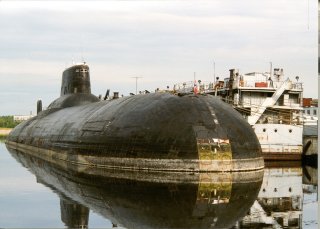 Here's What You Need to Remember: According to Russian sources, a submerged Typhoon-class displaces 48,000 tons.