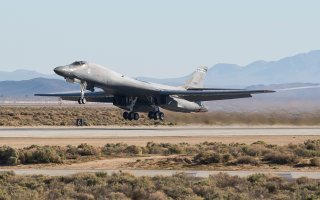 Here's What You Need to Know: This plane can sweep its wings back for high altitude, supersonic flight, or fly low, with wings outstretched while hugging the ground.