The Legendary Soviet Machine Gun in Action Across the Globe 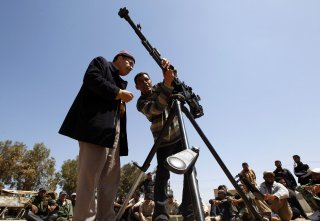 Here's What You Need to Remember: Dushka and KPV machine guns mounted on trucks continue to play a major role on all sides of the civil wars in Syria and Libya, and insurgency in Iraq, and even crop up in the conflict in Eastern Ukraine.