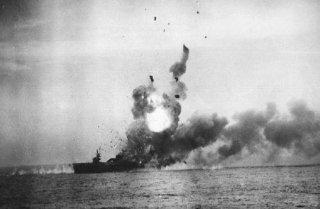 Here's What You Need To Remember: The Imperial Japanese Navy (INJ) had carefully husbanded its surface strength during 1943 and 1944, avoiding engagements against superior U.S. forces. This meant that much of the core strength of the IJN remained available for defeating the U.S. invasion of the Philippines. Yamato and Musashi, the two largest battleships ever constructed, formed the core of Admiral Takeo Kurita’s Center Force.

Robert Farley, a frequent contributor to The National Interest, is a Visiting Professor at the United States Army War College. The views expressed are those of the author and do not necessarily reflect the official policy or position of the Department of the Army, Department of Defense, or the U.S. Government. This article first appeared in October 2019.