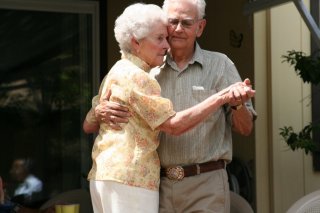 More than 225,000 people develop dementia every year – that’s roughly one person every three minute. At the moment, 850,000 people in the UK are living with dementia. This figure is set to rise to two million by 2051.

Dementia is a progressive disease of the brain that mainly affects older people – although is not a “normal” part of ageing. Of the 850 000 known cases of dementia in the UK, some 40,000 are aged under 65.

It is a collection of brain diseases – with Alzheimer’s the most common – and is not just about memory loss. Everyone experiences it differently, from behaviour change, to difficulty processing conversations, to confusion over everyday tasks – such as working out how to make a cup of tea.

As academics researching in this area with other organisations, we work directly alongside people living with dementia, as well as their carers, families and communities. And while we understand a lot about the disease – including how it affects a person’s health and the impact it can have on their personal lives – we do not know what it’s really like to live with dementia, day in, day out.

This is why it’s critical to listen to those who can tell it as it is – which is what a large part of our research is about. Susan Small who was a dementia support worker and a carer says:

People should not be defined by their dementia, but given opportunities and experiences to enjoy life and relationships – and indeed take a few risks now again. We need to learn to listen more to what the person with dementia is telling us.

Barbara Dow who cared for her husband Al and is now a dementia campaigner agrees, stressing that a timely diagnosis enabled them to plan for the future together. This meant they could move house to be nearer to family and facilities where they could both continue much loved hobbies such as dancing. She said:

Al continued to lead a full life to the best of his abilities. If he could not dance, then he could go to the gym and swim.

She also speaks of humour lessening frustration and maintaining self-esteem:

Al might forget who had just spoken on the phone. We used to say it was Mr or Mrs Whatsit, have a bit of a laugh together about it and then I would dial 1471.

People living with dementia – and their carers – also speak of the need to emphasise what is achieved, rather than what isn’t.

Ken Clasper, a university college engineer, was diagnosed with Lewy Body dementia at the age of 56. This is the same type of dementia that actor Robin Williams had and can cause depression, paranoia, Parkinson’s disease and confusion.

Clasper told us that although he may need more time to process information, “please don’t answer for me, just give me time”. He suggests that it’s also important for others to know the person with dementia, and for example, their life-long interests and passions. He is a keen nature lover and photographer and bought equipment that helps him to continue to take photographs.

Other people with dementia have spoken of enjoying being outdoors on their own, and while this may cause some understandable anxiety to friends and family, they stress the importance of being able to “get on with life in their own way” – with family and community support.

These experiences show that much of living with dementia is about cycles of loss and adjustment, of change and adaptation – and of partial resolution. Partial, because life does not stay the same – we shift and change with circumstance as a progressive disease is experienced and lived through.

As the Alzheimer’s Society’s campaign to unite against dementia succinctly portrays, how this indiscriminate disease can affect anyone.

How a person might live with dementia depends on who they are, their own individual diagnosis as well as their support network and connections. But it is important to remember that people can and do live well with dementia.

Of course, there will be peaks and troughs, good days and bad, but rather than just seeing everyone with dementia as “sufferers”, or as “brave battlers” of a debilitating disease, it is important to remember that dementia can be lived with as well. To do this, we need to listen to and learn from, those who know what it’s really like – those people who have the actual lived experience.