Life Extension: These 5 Pistols are Keeping the 9mm Luger Round Going Strong 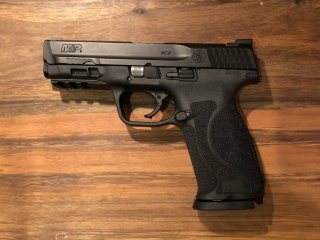 Here's What You Need To Remember: The Smith & Wesson M&P (Military and Police) was first introduced in 2005 and as a hybrid of two previous guns, the Sigma and the SW99. Like the rest of the guns on this list, it has polymer frame and steel slide, a large internal magazine (seventeen rounds) and a striker-fired operating system.