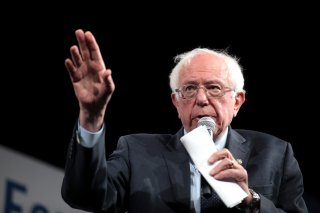 Here's What You Need to Remember: Passing the Biden-proposed infrastructure bill without any Republican votes would likely require the use of the budget reconciliation process, which allows bills to pass with just 51 votes in the Senate.

Ever since the start of the Biden Administration, Senator Bernie Sanders of Vermont has been one of the leaders of progressive thought in Congress, sometimes assisting the initiatives pushed by the Administration, while at other times proposing measures to the left of what Biden has proposed himself. For instance, Sanders was among those signing the letter this past spring calling for additional stimulus checks.

This week, Sanders did a bit of both: he praised the current Administration for its passage of the American Rescue Plan while urging the passage of the president’s other legislative priorities. However, he did so while proposing an action that could require the elimination of the filibuster-something that Biden has not proposed himself.

“Here's a radical idea: majority rule. Not a single Republican voted to provide a $1,400 direct payment to the working class or a $3,000 Child Tax Credit,” Sanders tweeted this week. "The Senate passed this important legislation with 51 votes. We must do the same with the American Jobs and Family plans.”

It is true that the American Rescue Plan passed on a nearly party-line vote in both the House and Senate, with one Democrat voting against it while joining every Republican. In the Senate, Vice President Kamala Harris returned to the Senate to cast a tie-breaking vote. The CARES Act in the spring of 2020 and the aid bill that followed at the end of last year were passed with votes from members of both parties.

"The bottom line is the American people want results," Sanders told Axios in an interview last month. "Frankly, when people got a, you know, $1,400 check or $5,600 check for their family, they didn't say, 'Oh, I can't cash this check because it was done without any Republican votes.’"

In that interview, Sanders expressed skepticism about the Biden Administration’s plans to negotiate a bipartisan compromise with Senate Republicans on infrastructure, which would likely require scaling back on the spending ambitions that Biden proposed in the American Jobs Plan.

Passing the Biden-proposed infrastructure bill without any Republican votes would likely require the use of the budget reconciliation process, which allows bills to pass with just 51 votes in the Senate. However, doing so would not allow the Democrats to lose any votes from their own caucus, and Senator Joe Manchin of West Virginia has been announcing his opposition to measures, such as the For the People Act, that are not bipartisan. Manchin has not said how he would vote on the American Jobs Plan but has been part of the bipartisan negotiations.