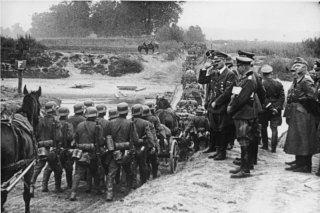 Here's What You Need To Remember: The resistance movement, commonly referred to simply as “Partisans,” began operations on July 4, 1941, and soon grew into an effective fighting force. Any success they achieved in the early years of the war was limited, however, it faced the combined armies of the Axis occupiers, the forces of the Independent State of Croatia, and at times, Serb nationalist irregular formations.

Fought between Yugoslav Partisans and Independent Croatian forces, the Battle of Odžak ended sixteen days after the Allies had celebrated victory in Europe. Yugoslav authorities kept the battle secret until 1971.

Despite this, the Partisans rapidly evolved from a loose organization of dispersed units that were largely limited to guerrilla warfare, to an army of a considerable size capable of conventional operations. In 1942 the Partisan army counted some 150,000 fighters, a figure that grew to 300,000 in 1943, 650,000 in 1944 and grew to an end-of-war total of 800,000.

The Partisans initially bypassed the area around Odžak, focussing on harrying the German retreat, but by the middle of April, they had encircled Rajkovačić’s position. Initial Partisan efforts to take ground were fruitless and came at a considerable cost. With no artillery, armor or air support, the Partisans were limited to containing the Ustaša forces and launching probing attacks until they surrendered.

The Battle of Odžak remained an attritional contest until May 23, when the Partisan leadership dispatched two squadrons from its newly established air force. The introduction of airpower broke the stalemate, and within two days the Partisans broke through the Ustaša lines and captured Odžak – 16 days after World War II had formally ended.

The cost for both sides is in dispute. Some sources claim the Partisans lost around 1,200 fighters, while others contend that up to 10,000 were killed. Historians agree, however, that most of the Ustaša forces — approximately 1,500 men — perished. It wasn’t until 1971 that a Belgrade weekly, NIN, published an article on the battle, revealing a story that until that point had been known only to Yugoslav authorities and the people who witnessed it first-hand.