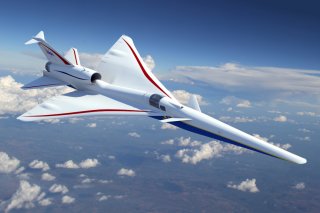 Here's What You Need to Remember: NASA is back in the supersonic passenger jet game. In tandem with Lockheed Martin’s Skunk Works division, research is being done into lowering sonic boom decibel levels. The test airframe, the X-59 Quiet SuperSonic Technology jet is “on a mission to achieve supersonic speeds over land that create no more than a sonic “thump” to those below.”

Caleb Larson holds a Master of Public Policy degree from the Willy Brandt School of Public Policy. He lives in Berlin and writes on U.S. and Russian foreign and defense policy, German politics, and culture.This first appeared earlier and is being reposted due to reader interest.