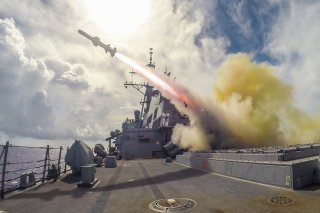 Here's What You Need to Remember: The impact of hypersonic weapons pertains almost entirely to a self-evident, yet crucial variable: speed. U.S. aircraft carriers, troop fortifications, weapons installations, moving armored convoys and even international continental ballistic missiles (ICBMs) could be destroyed in minutes if not seconds.