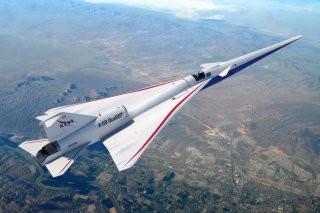 Key Point: NASA is back in the supersonic passenger jet game.