The Longest Sieges in Military History 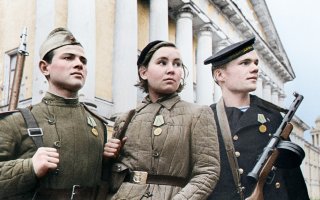 Here's What You Need to Know: These dreadful battles were terrible, drawn out affairs in which many combatants and civilians died.

During the Second World War, the Soviet city of Leningrad endured a siege for more than two years and four months. It was blockaded in the south by the German Army Group North and from the north by the Finnish Army. The siege began on September 8, 1941 and it was not lifted until January 27, 1944—872 days later.

It was one of the costliest sieges in history as nearly 800,000 civilians were killed, nearly as many as there were World War II deaths of the United States and Great Britain combined! So great was the loss of life that historians have classified the siege as a genocide due to the systematic starvation and intentional destruction of the city’s civilian population.

Yet, as destructive and deadly as it was the siege of Leningrad was actually short in terms of how long a city or fortress held out.

Back in antiquity there was something to be said about holding out for extended periods, and among the longest was at the Carthaginian naval stronghold of Drepana at the western end of Sicily. During the First Punic War, the city held out against a prolonged Roman attack for nearly eight years spanning from 249 to 214 B.C.

Besieged by both land and sea, the defenders even destroyed a Roman fleet, which allowed the naval fortress to be resupplied. However, luck ran out for the Carthaginians when Rome rebuilt its fleet and destroyed the Carthaginian Navy. That brought about an end to the First Punic War and the siege of Drepana.

The Byzantine Empire was a mere shadow of its former self—but from 1422 to 1430, the Palailogoi dynasty hoped to stir up trouble within the Ottoman Empire. Ottoman Sultan Murad II then responded by laying siege to the city of Thessalonica in what is modern day Greece.

Unable to properly defend the city, the Byzantines opted to hand the city over to their sometimes Venetian allies, who were able to hold the city for eight years. Finally, after the population faced starvation and the city reached the point of famine, the residents began to turn on the Venetians. By then it was too late, and the city fell to the Ottoman Turks. While churches were converted to mosques, the Sultan offered to return properties to those who had fled and even ransomed captives who had been taken as slaves. The city remained part the Ottoman Empire until it was “liberated” by the Greeks during the First Balkan War.

The longest siege in the Far East took place in Japan during the Sengoku period. It was in fact a ten-year campaign waged by warlord Oda Nobunaga from 1570 to 1580 against a network of fortifications, temples and communities under the control of the Ikkō-ikki monks. In total there were fifty-one outposts that defended the main fortress.

In addition to raising a force of 30,000 men, Oda Nobunaga also built a series of fortresses to cut off the monks’ cathedral fortress of Ishiyama Honganji. However, the monks launched a surprise attack and destroyed many of those siege forts, while they were able to be resupplied by sea. Only in 1578, when Oda Nobunaga’s fleet was able to cut the supply lines did the tide turn. When the defenders ran out of food and ammunition in 1580, they were finally forced to surrender.

When the Byzantine Empire fell into civil war, Manuel II Palaiologos offered the city to Ottomans in exchange for aid. The city, which was actually under the control of the Knights Hospitaller/Knights of Rhodes and was the last independent Christian Greek settlement in western Asia Minor, resisted and held out for a dozen years, from 1378 to 1390.

Renamed Alaşehir, the city was occupied by the Greeks centuries later during the Greco-Turkish War (1919-22) when tragically upwards of 70 percent of the city was destroyed by fire—with both sides blaming the other.

The Ottomans and Knights Hospitaller would engage in a siege “rematch” two and a half centuries later when an Ottoman army attempted to take the city of Candia (now Heraklion) on Crete. As has been noted by historians, those born in the early years could have grown up to fight in the final stages.

The siege began in 1644 during the Ottoman-Venetian Wars when Venice’s allies, the Knights Hospitaller—then based in Malta—attacked an Ottoman convoy. The Turks responded by sending a force to take the Venetian controlled island of Crete. Over the next few years most of the island had come under Ottoman control and in 1648 an assault was launched on Venetian stronghold of Candia. For twenty-one years the Ottomans poured more and more men into the siege, and while Venice lost other territory Candia managed to hold out.

Finally, after twenty-one years, in 1669—after more than 70,000 Ottoman soldiers and another 38,000 siege workers died trying to take the fortress—victory was within reach. Venice’s allies, including the French, had enough. Although another assault was repelled, the Venetians agreed to surrender the city. The remaining citizens were allowed to leave, and in the subsequent peace terms, Venice even was allowed to keep territory it gained in the war.

The Ottomans gained the island of Crete, yet the empire was already past its zenith and soon was on the decline. The victory at Candia was among the last successes of the Ottomans, and a costly one at that.