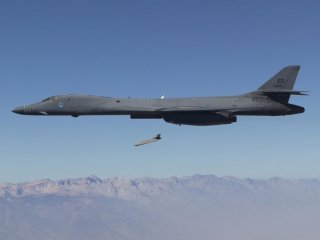 Here's What You Need to Remember: The LRASM is the latest in a rash of newer, more lethal anti-ship weapons by several branches, but particularly by the U.S. Navy and Marine Corps, prompted in part by what is perceived as aggressive Chinese force posture in the Pacific region, as well as the PLA Navy’s increasing number of ships and so-called carrier-killer weaponry.

In February, the Navy and Air Force inked a contract with Lockheed Martin for the company’s Long Range Anti-Ship Missile, also known as LRASM.