A Los Angeles-Class Attack Submarine 'Sank' During This Wargame 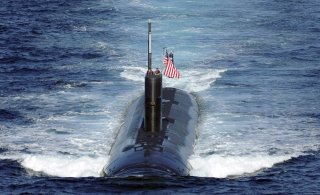 Here’s What You Need to Remember: Back in 2015, Indian media claimed that one of New Delhi’s Russian-built Kilo-class diesel-electric attack submarines managed to “sink” a nuclear-powered U.S. Navy Los Angeles-class attack submarine during exercises in October.

The Indian submarine INS Sindhudhvaj (S56) allegedly “killed” USS City of Corpus Christi (SSN 705) during an exercise called Malabar that is held annually between India, Japan, and the United States several years back.

According to the Indians, the submarines were assigned to track each other down in the Bay of Bengal. “The way it happens is that the Sindhudhvaj recorded the Hydrophonic Effect (HE) - simply put, underwater noise - of the nuclear-powered submarine and managed to positively identify it before locking on to it. Being an exercise what did not happen was the firing,” an Indian naval officer told India Today. The Indian vessel then “sank” USS City of Corpus Christi using 533mm torpedoes.

But the basic facts are that the Kilo is an extremely quiet and very capable submarine owing to its diesel-electric propulsion system. Running on electrical power while submerged, diesel-electric boats have been described as “a hole in the water” and are a vexing problem for the U.S. Navy. Developing ways to counter such vessels is a high priority for Washington as many potential adversaries like China and Iran operate such submarines.

While diesel-electric boats are generally quieter than nuclear submarines, the U.S. Navy prefers atomic-powered vessels because of their range, speed and endurance. The U.S. Navy’s global mission essentially mandates a vessel that can operate independently far from home waters for extended periods. Navies with a more localized mission can afford to operate short-range diesel-electric boats.