Lots of Missiles: How China and Russia Could Win a War Against America 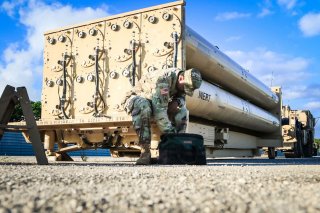 Here's What You Need To Remember: The technology that exists - notably the THAAD system - has been deployed on America's west coast, to protect the mainland from an ICBM from Asia. Our military bases abroad, however, are much more vulnerable.