Lucky Day: A Journalist’s Camera Takes a Sniper Bullet Meant for Him 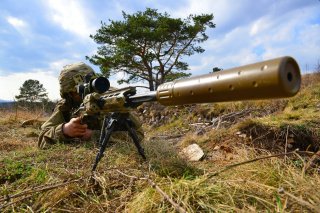 Here's What You Need to Remember: I knew immediately, if it had not hit the camera, or been a few inches to the right, it would have hit his heart, and be fatal.

A photo journalist in Iraq narrowly escaped death after an Islamic State sniper shot the GoPro camera hanging from his neck.

The sniper’s bullet struck Ammar Alwaely while he was on location in Mosul, Iraq, The Sun reported years back. Owen Holdaway, a journalist for The Sun, caught the dramatic incident on video.

Reporter get his GoPro shot off his chest by a sniper #WoWGIF #GIF pic.twitter.com/RU5r721hmS

“At first I did not know what happened. I fell to the floor and could not turn around to see if Ammar was OK,” said Owen, after the close call.

“Crawling along to behind the vehicle, I eventually looked up and saw it had hit my old GoPro that I had given him just a few days earlier. “The explosion had smashed the camera, spraying plastic into his face and cutting his lip. I knew immediately, if it had not hit the camera, or been a few inches to the right, it would have hit his heart, and be fatal.”

Alwaely was taken away for medical treatment and is expected to survive. He thanked Holdaway for the GoPro, asking him if he could pick him up another in Erbil, the capital of Iraqi Kurdistan.