The M16 Rifle Made its Vietnam Combat Debut With a Bang 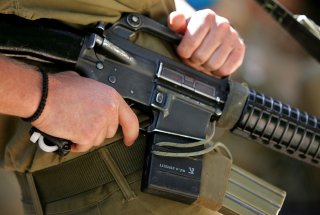 Here's What You Need to Remember: In 1962, the U.S. Air Force purchased 8,500 AR-15s, but the rapidly escalating situation in Vietnam saw many of these rifles diverted to arm South Vietnamese Army, as well as U.S. Navy SEALs and U.S. Special Forces operating in Vietnam.

(Note: This is Part one of a three-part series which appeared several years ago.)

This article first appeared several years ago and is being reprinted for reader interest.