M1A: This 1950s Rifle Is Still a Deadly Part of America's Arsenal 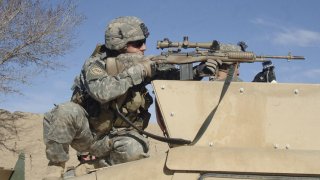 Here's What You Need To Remember: The M1A might not be as popular as the AR-15, but it has an even longer history as "America's Gun."