This M4 Sherman Tank Took on Mine Clearing Duty 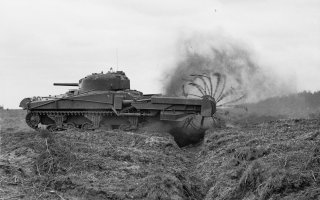 Here's What You Need to Know: The roller-style method of setting off mines lost out to the chain-flail style of mine clearing.