The M61 Minigun is a Gatling Gun on Steroids 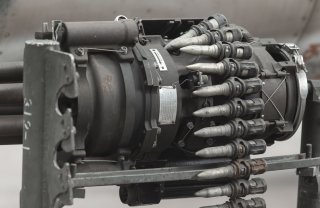 Here's What You Need To Remember: The "Gatling principle" is the idea that multiple rotating barrels can allow for a faster rate of fire and prevent the barrels from overheating. This principle has remained in effect from the 1860s until today - though Gatling would probably be amazed at the modern minigun.

Peter Suciu is a Michigan-based writer who has contributed to more than four dozen magazines, newspapers and websites. He is the author of several books on military headgear including A Gallery of Military Headdress, which is available on Amazon.com. This article first appeared several years ago.