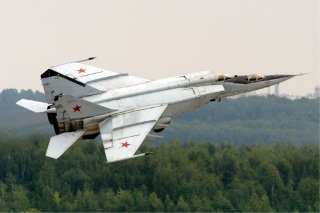 But a MiG-25 business jet? Coffee, tea, or vodka served by an Aeroflot stewardess at 60,000 feet, the Earth below hurtling past your window at three times the speed of sound? Forget being imprisoned in cattle class on a Boeing 747, your knees jammed into your face for eight hours. Think New York to London in two. That’s traveling in style.

This article first appeared in December 2020 and is being republished due to reader interest.