Marine Who Fought At Iwo Jima: Japanese Soldier Asked Me for Hot Chocolate 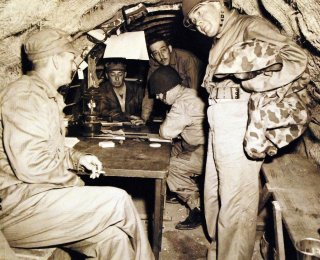 Here's What You Need To Remember: "There's humor in combat. Every man that's been in combat knows that sometimes funny things happen."