Mark Your Calendars: A New U.S. Aircraft Carrier Is Coming in 2028 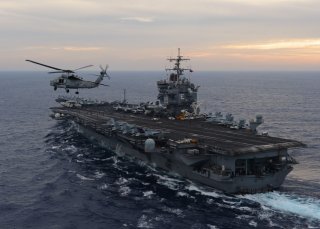 Here's What You Need to Remember: While there is naturally much focus upon the first-in-class USS Ford, which is nearing its first deployment, as well as the second-in-class USS Kennedy, the new USS Enterprise (CVN 80) is slated for delivery by as soon as 2028.